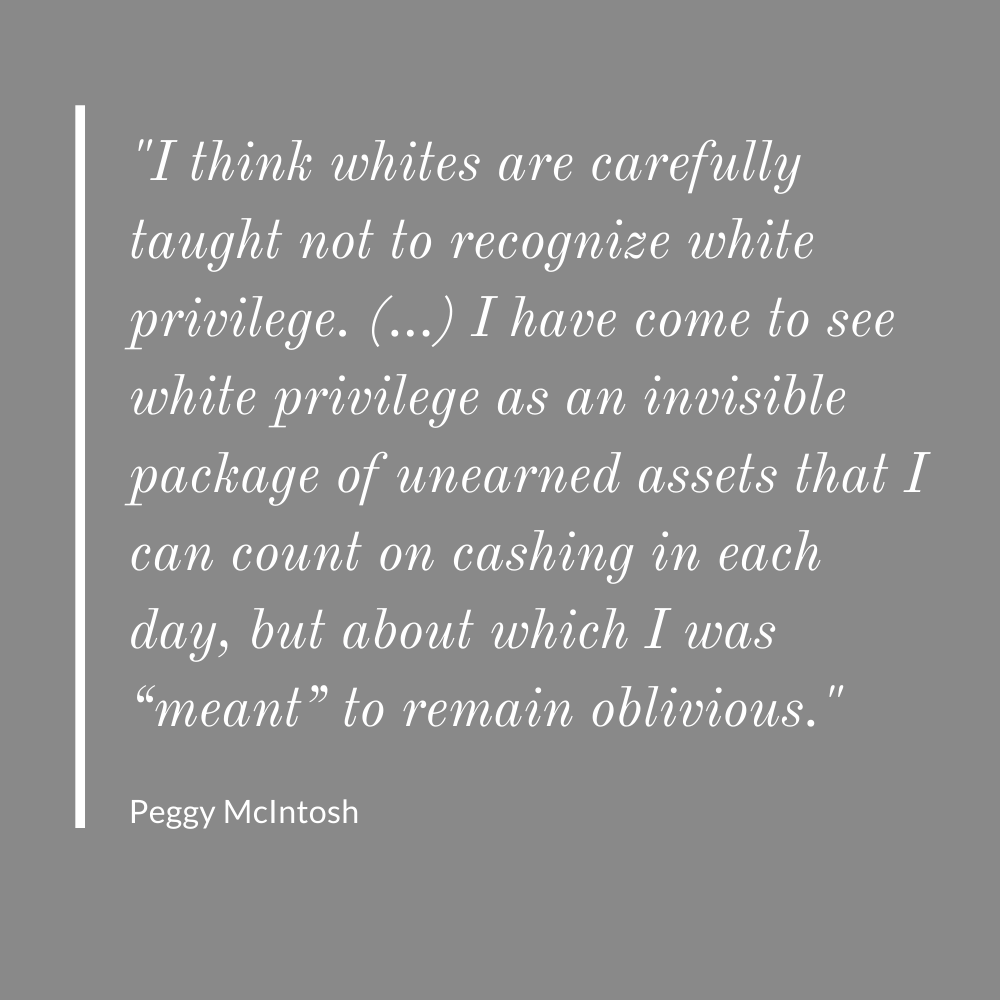 I grew up in a rural part of Germany, which was basically a small racist microcosm within a larger racist society. Racism was an intrinsic part of my upbringing, even though it wasn’t addressed, as such. In school, there was a lot of time dedicated to teaching us that racism was a bad thing, but at the same time, and quite paradoxically, micro aggressions and stereotypes used to establish a racist hierarchy were still a common phenomenon we, as children, experienced everywhere: In political discussions, as well as in private conversations.

Undoing our early childhood conditioning is hard work, and it is crucial work. Even after four years, I don’t think I’m fully there yet. That is how deep this stuff goes.

Quote:
From Peggy McIntosh’s academic paper, “White Privilege: Unpacking the Invisible Knapsack”, 1989 – watch her TEDx talk on “How to recognize your white privilege, and use it to fight inequality”, here

Here’s a short (8 minute) energy meditation you can use if you’d like to gently re-energize your system. In this meditation, I support you in tuning into your body, first, then into your line of light, second, and in a third step, you and I will do a bit of Energy Work together. We’re inviting the Earth to fill you up on love, care, and sweetness, and we’re asking your soul to help you download some freshness, inspiration and clarity.

To listen, click on the play button in the video, above. 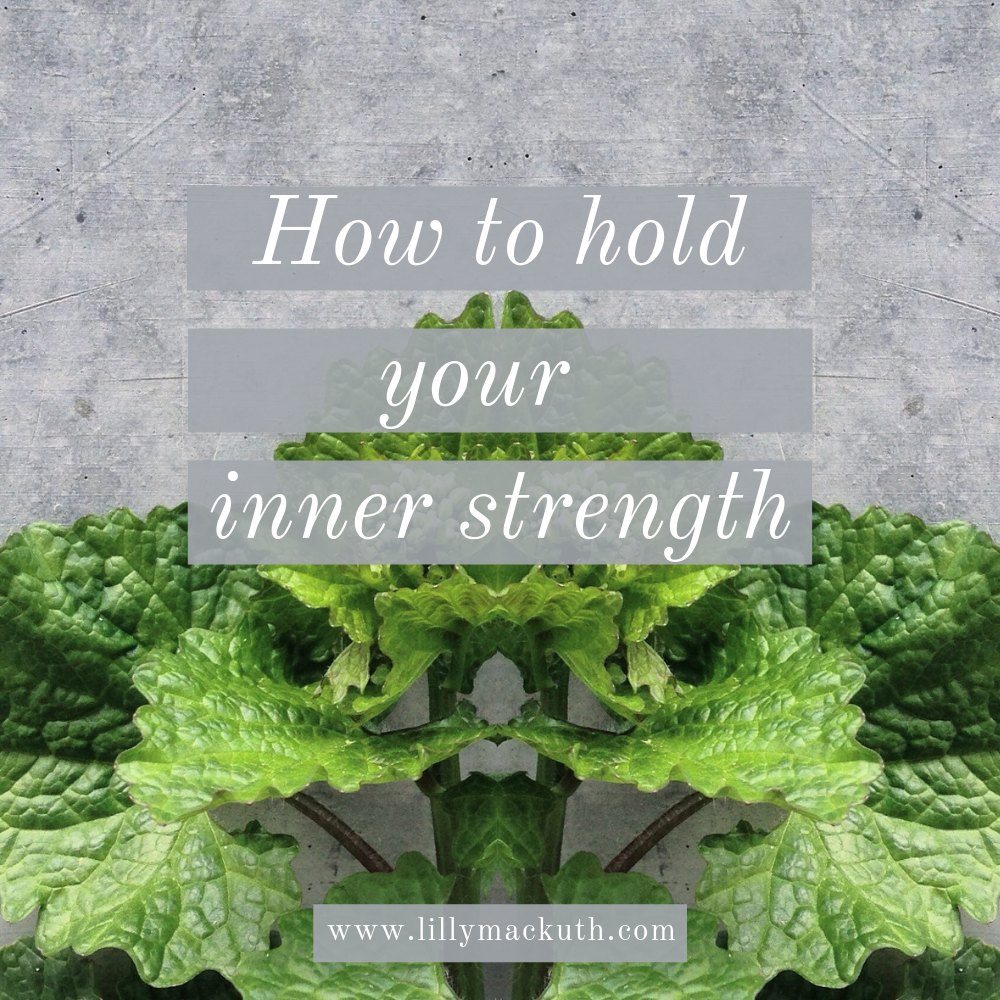 The more things are being driven into chaos all around us, the more important it is for each of us to be able to draw from our own inner strength. And because there is so much violence and fear that is getting swirled up, it can be difficult to access that kind of strength within ourselves.

Holding (and using) your spiritual strength is like the ability to control your breathing: It is like using all of those small muscles in your torso to draw in a full deep breath, expanding your ribcage and your belly, and to then let your lungs let out the air again, in a steady and controlled stream, until your solar plexus softens and gets ready to draw the next breath in.

Some energetic part of you knows how to pull your inner strength into yourself, how to hold it, and how to then release it and use it, in a very deliberate way.

Over the past couple of months, I have taken some time to learn more about nervous system regulation, which can help to address states of shut-down and burn-out, triggered by chronic stress or PTSD.
.
And the more I learned, the more I could sense the deep feeling of overwhelm that seems to paralyse and frighten so many of us, sending us into low energy states and shut-down, or hightened energy states and burn-out, when it comes to the current developments on this planet. Some call it a “trauma-spell”, and it affects individuals as well as the collective. 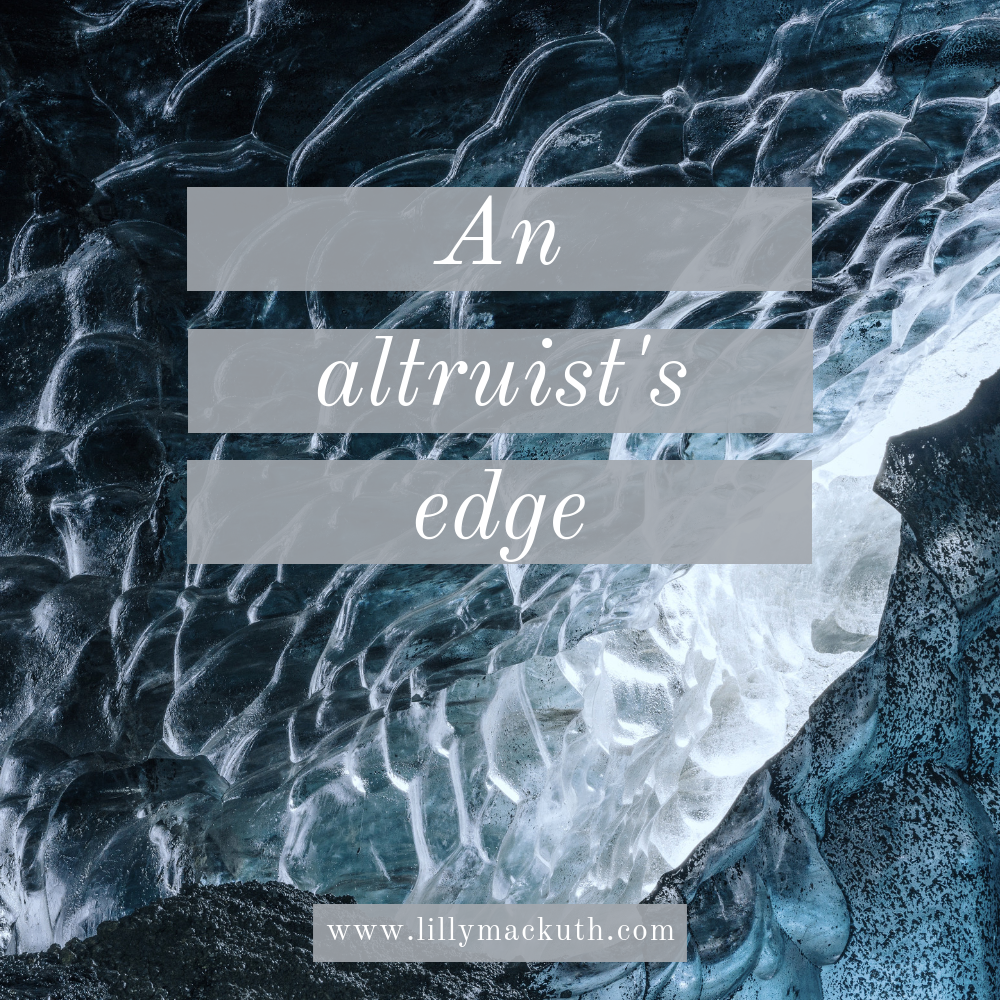 In my coaching practice, I often work with people who are altruists, who are also fantastically good at bringing people together. They are the queens and kings of party-throwing. They plan beautiful projects with dozens of people involved. They see these projects through till the end. And they sacrifice some of their own well-being for the sake of being of service to others. They see where our human society lacks justice, beauty and peace, and then they work hard to literally make this world a better place. They get things done. And they are over-worked and under-nourished when it comes to their heart’s deeper needs and desires.
.
If this is you, here’s an edge you are carrying around, probably without knowing it: You have such a deep longing for being with other people that you create elaborate experiences for others just so you can connect with with them – at the expense of your own time and energy.